What is An Escape Room?

Great article from our friends over at Room Escape Artists.

What is an Escape Room?

You enter a room with a bunch of people. The room is a puzzle that you solve by resolving the smaller puzzles that are contained within it. Your goal might be “escape” from the room or to solve a mystery, find an artifact, save the world, or any number of other quests.

These things go by a lot of names (room escapes, escape rooms, escape games, exit games, adventure rooms, quests). Whatever you call them, they’re all referencing the same general concept.

Wait… Am I Locked in? Not usually. If your goal is to escape, there should be an emergency exit, or another egress that is never locked. Back in 2014, when escape rooms first started popping up around the United States, the goal of most escape rooms was for players to find the key and escape. Escape rooms have evolved since then to become all sorts of puzzle-based, real-life adventures that don’t necessarily have anything to do with locked rooms.

Ok… But the idea still sounds a lot like that movie Saw? Yes. It’s exactly like that. If you lose, they kill you. Come on… why does everyone’s mind go directly to that hairy wart on the foot of popular culture? These games are safe. The majority of them aren’t even remotely intimidating. There is a sub-genre of horror escape games, but those games make it really clear that they are trying to scare you. And scare you is different from kill you. They are still safe.

Good… No need to get snippy. Sorry, I get asked the “Saw” question a lot.

It’s ok… How long do these things last? Most games have a 60 minute timer. There are shorter and longer games, but 60 minutes is what you should expect. You should expect a few minutes for an introduction before the game as well as a wrap up at the end. Some companies will encourage you stick around for a little walkthrough and some Q&A afterwards.

What if someone gets hurt… or panics… or a long dormant congenital defect suddenly threatens my life? Aren’t we jittery. These games are run by humans who are trying to make money. They don’t need a lawsuit. There will be an emergency exit. You can leave if the sky starts falling.

Can I bring my friends? That’s up to you. In the United States, you frequently buy individual tickets into these games. You can buy up all of the tickets in your time-slot and play with friends and family… Or make it corporate outing (everyone loves mandatory fun!)… Or you can just buy part of the room and maybe you’ll make some new friends. In other countries, you usually buy out the time-slot when you book. You can bring as few or as many people as the game allows that that’s your team.

I have some friends that I don’t want to be locked in a room with…Tell me about it. We have one of those, but we bring him anyway because he’s really good at math.

Wait… Math? Yeah… math… Some games require some basic math, but the majority do not. I’ve heard that in Malaysia some games require calculus… I’ve never seen a game that requires math above a 4th grade level. You can do it (or your phone can).

How many people play these at once? This varies a lot based on where you’re playing, but the games usually require a minimum of 2 people, and max out around 10 or 12. Generally speaking a team of  4 to 8 people is comfortable.

How much do tickets cost? They vary based on where in the world you’re playing, but something around $30 per ticket is what you should expect in the United States.

Did you just say world? I sure did. Escape games are a global phenomenon. Exit Games UK has the best listing of games in the United Kingdom.And… if you’re looking in the United States, I don’t mean to brag, but our directory is far better than anyone else’s.

How hard are these games?Most have a win rate between 15% and 40%. That said, as the industry evolves, folks are designing all sorts of different takes on the concept. Some games have a 100% win rate, but the game is more about the experience than winning or losing.

So a lot of people fail? It varies from company to company. There are some escape rooms that are designed to get everyone through, and some that dip as low as 3 to 5%. Both extremes are pretty rare.

How often do you win? We win most of the time, but we play a lot.We almost always win near New York, because we play with the same people. When we’re on the road, our record is a bit spottier.

Ok…  They are challenging, but are they fun? They are small adventures. When they’re really good, you feel like you’re a character in Indiana Jones, Oceans 11, or Mission Impossible. There’s a range of quality, and all manner of different themes, but in a world gone digital, it feels so good to do something in real life.

Can I bring kids? That depends on the kids, and the game. Contact the company and ask. 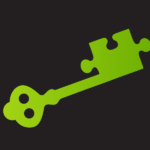 7 (more) Tips to Get Better at Escape Rooms!

What is “Dynamic Flow”?